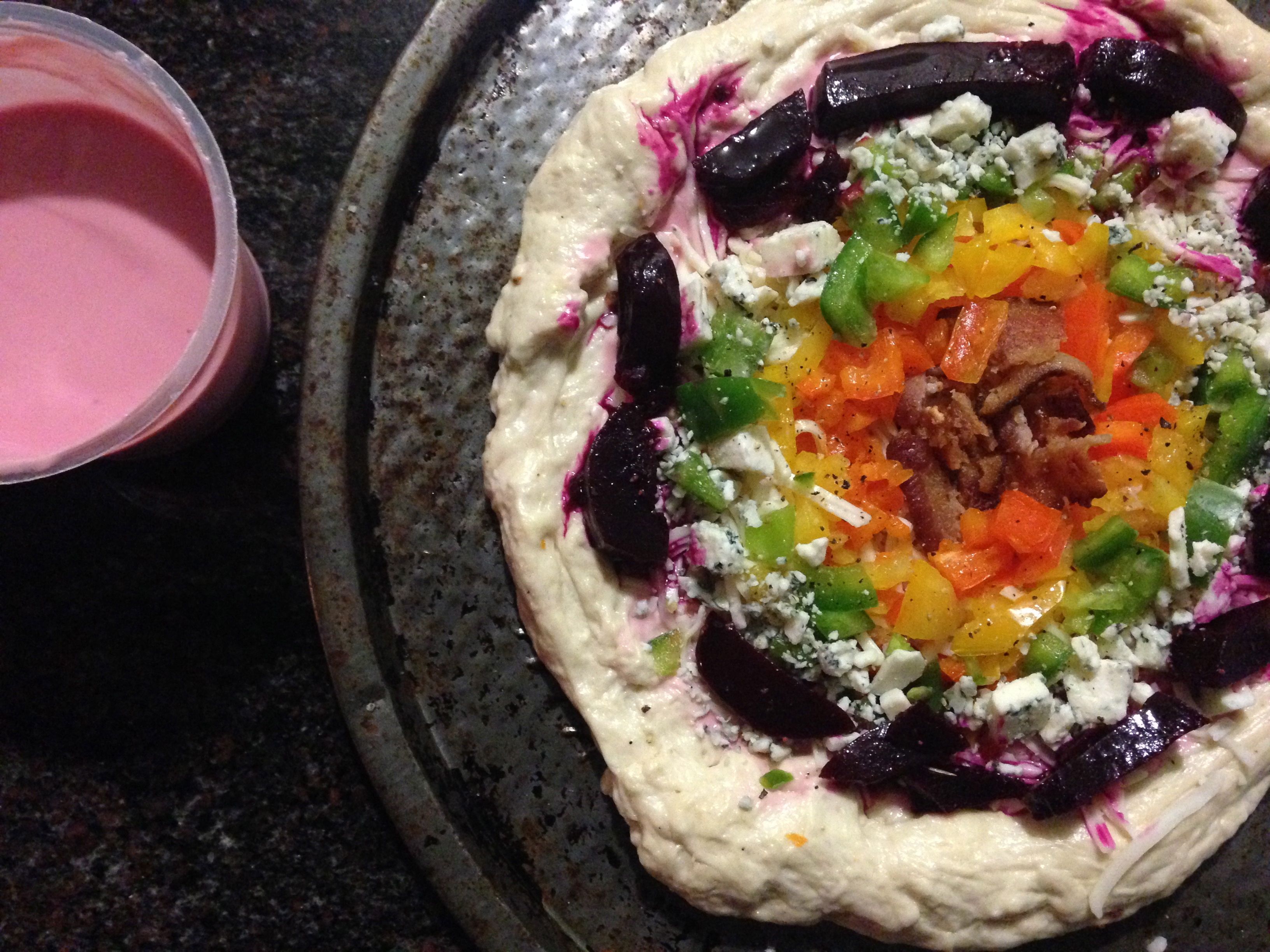 Some leftover pizza dough, things in the fridge, and some beet yogurt that Meg bought and hated..

Good thing it doubles as sauce. 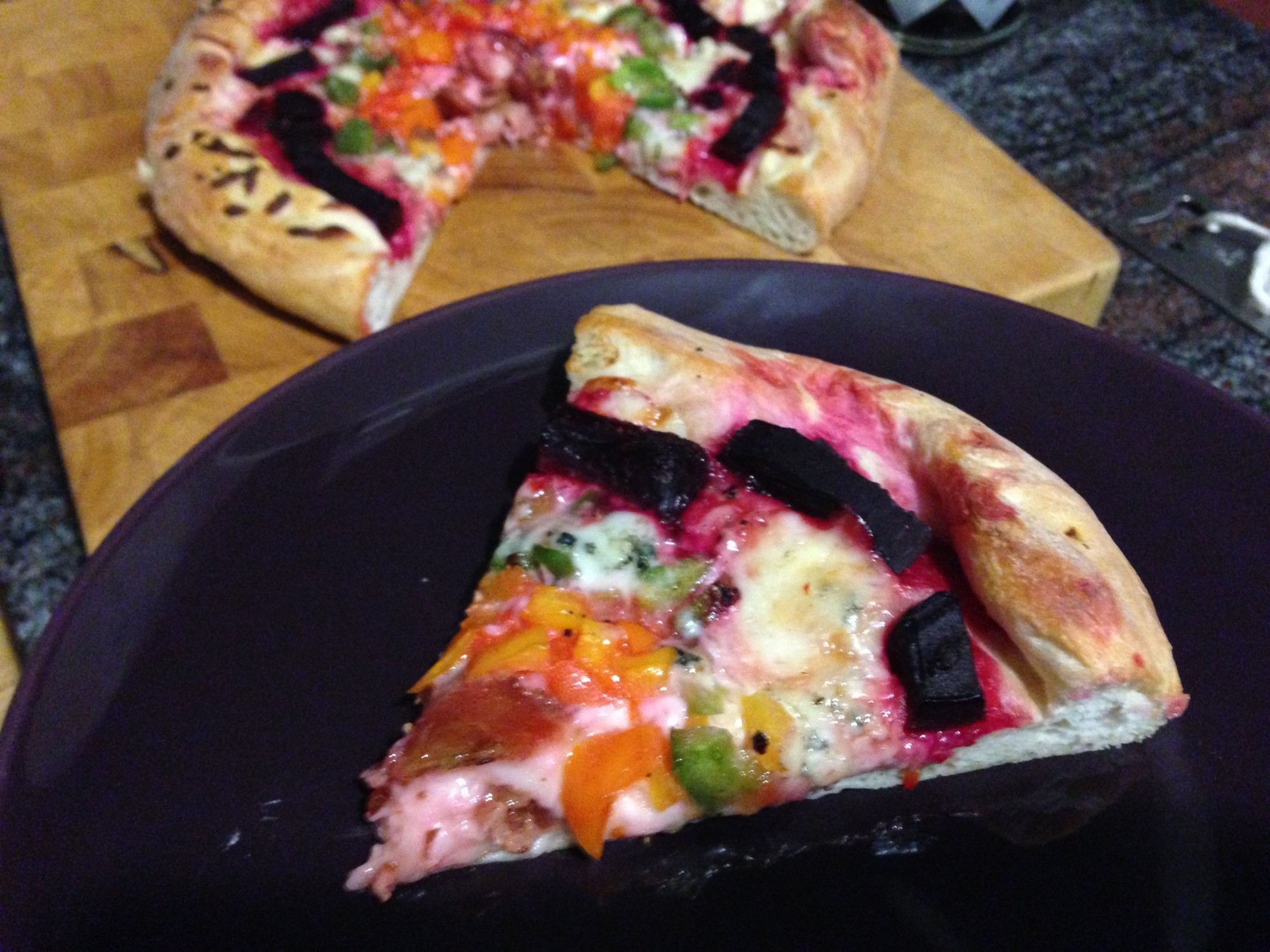 Roll out the pizza dough into a personal pan size with a roll of crust on the outside. Add a little beet yogurt and then the mozzarella. Layer out the pizza toppings – red bacon in the center, rings of orange, yellow, and green peppers, then a ring of blue cheese, and pickled beets.

Cook at 400 for 15 minutes until brown and bubbly.

And then it’s a bacon bite, a pepper bite, a blue cheese bite, and masala beets to finish it off.. A progression as weird as it is tasty.

Plus, you know, rainbows…