Half a Chicken Baked with Cream 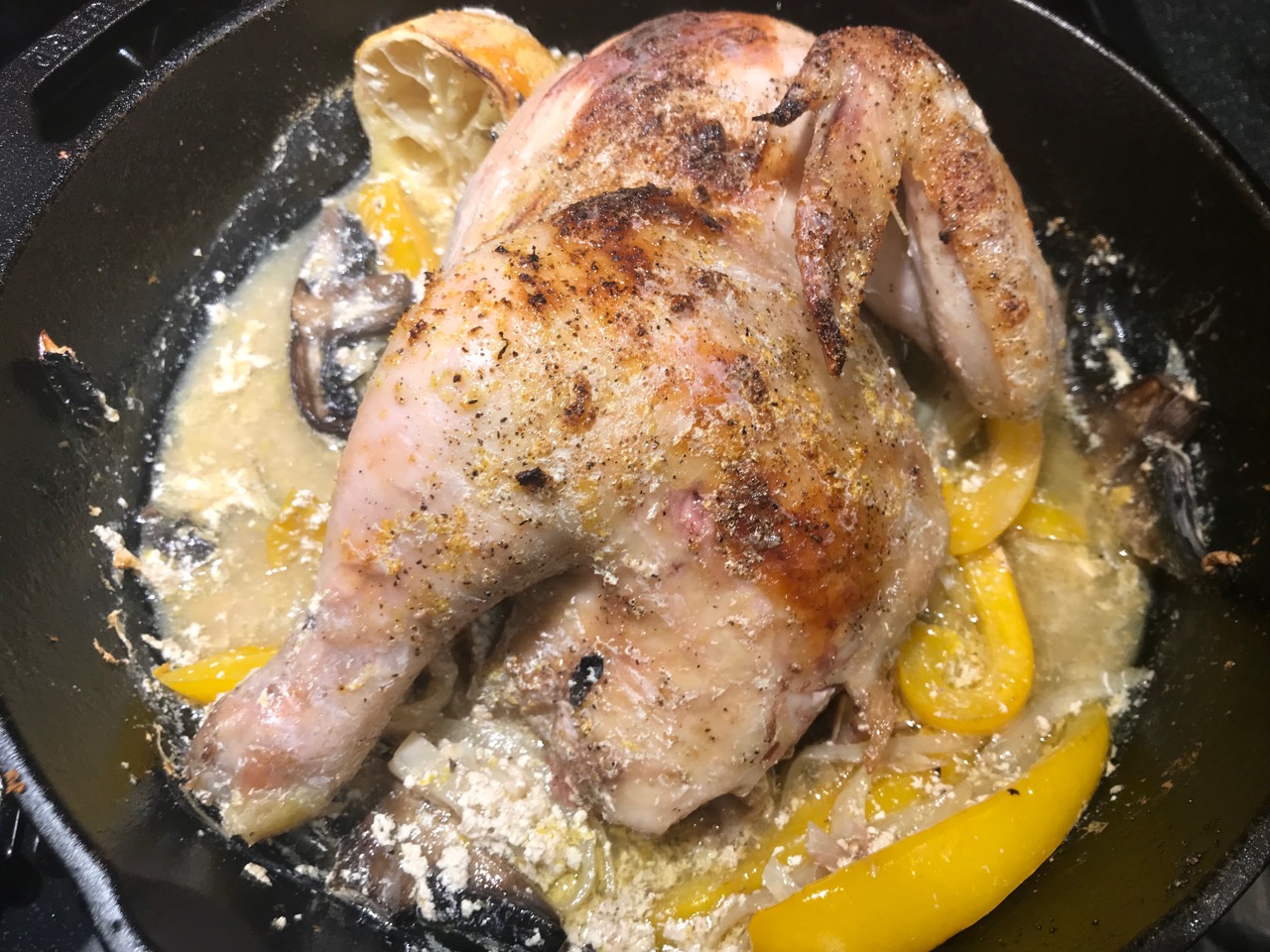 I don’t ever buy it, but when my sister comes to visit she leaves an entire thing of half and half in the fridge..

The cream will separate a bit, but mixed with the lemon, it makes a tasty sauce. Jamie Oliver did it with milk!

And it works great with cream too.. 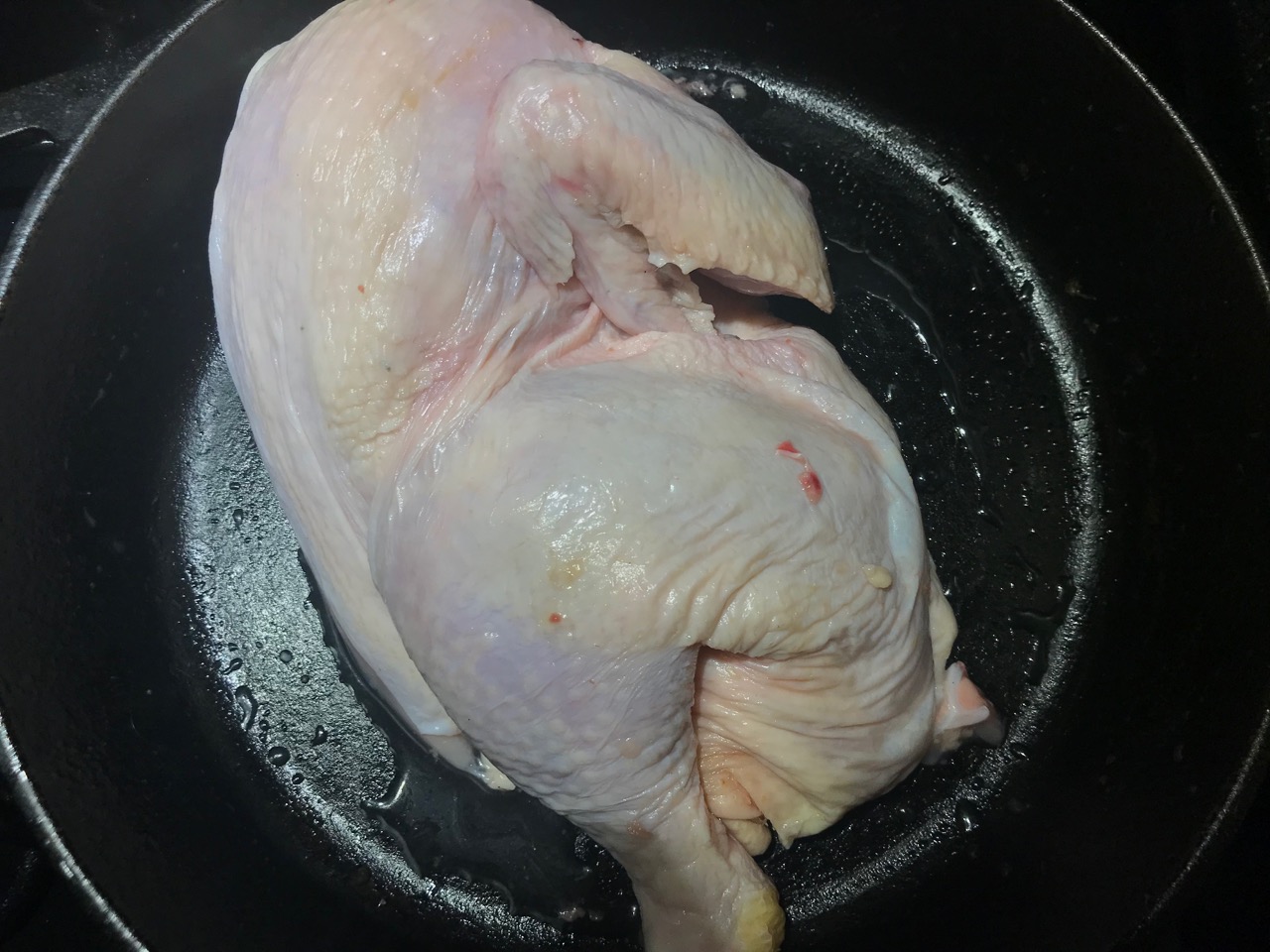 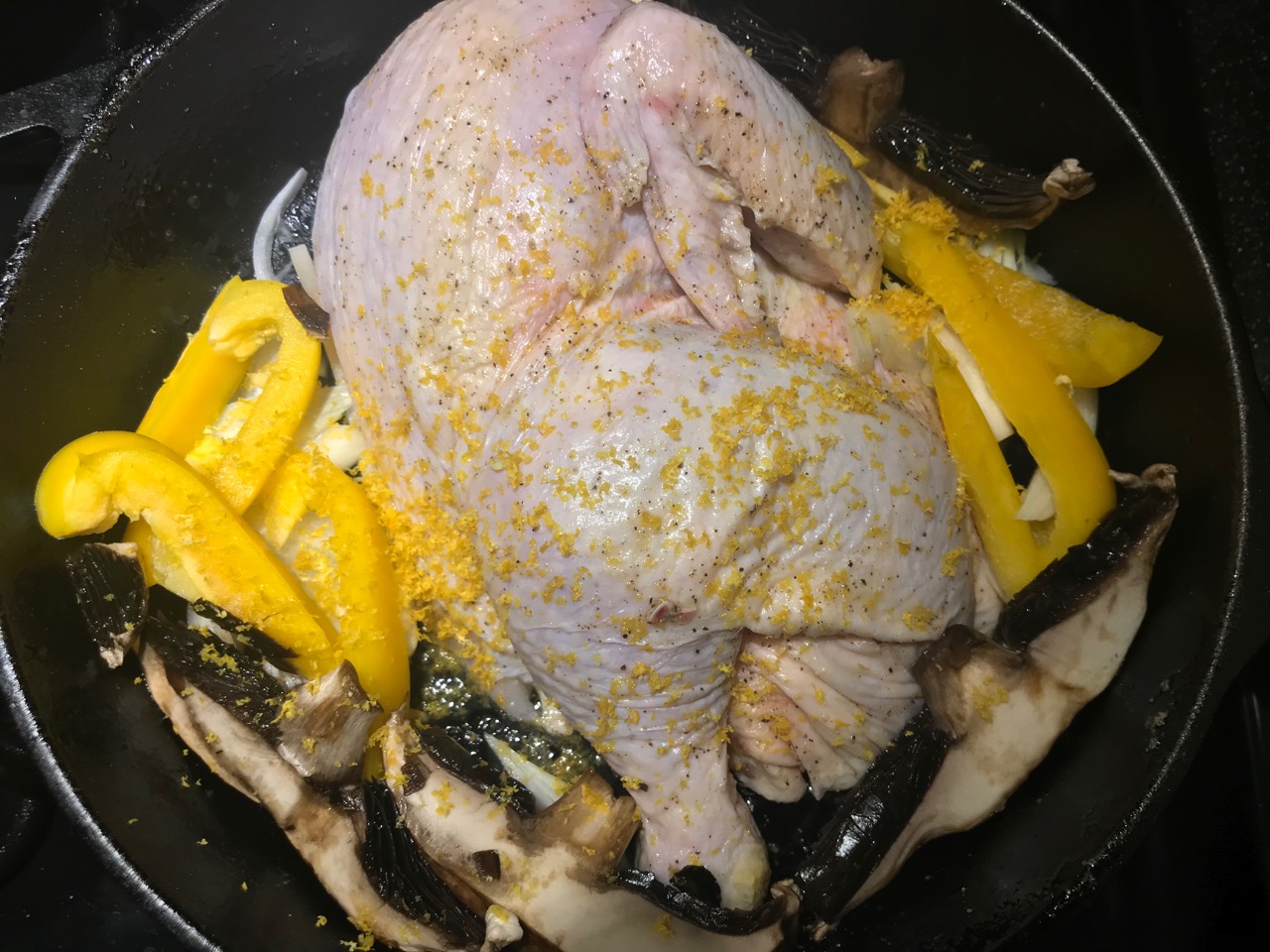 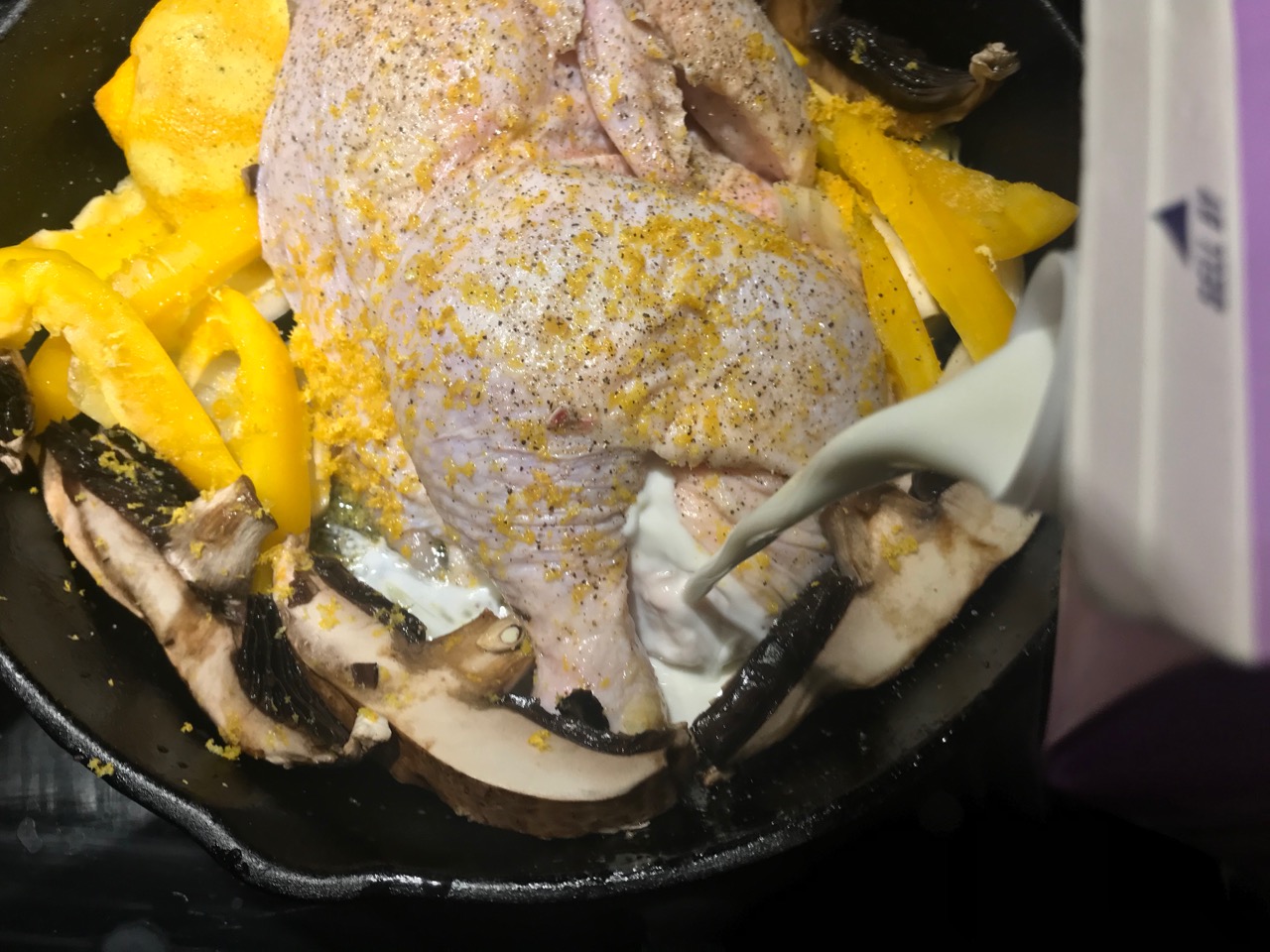 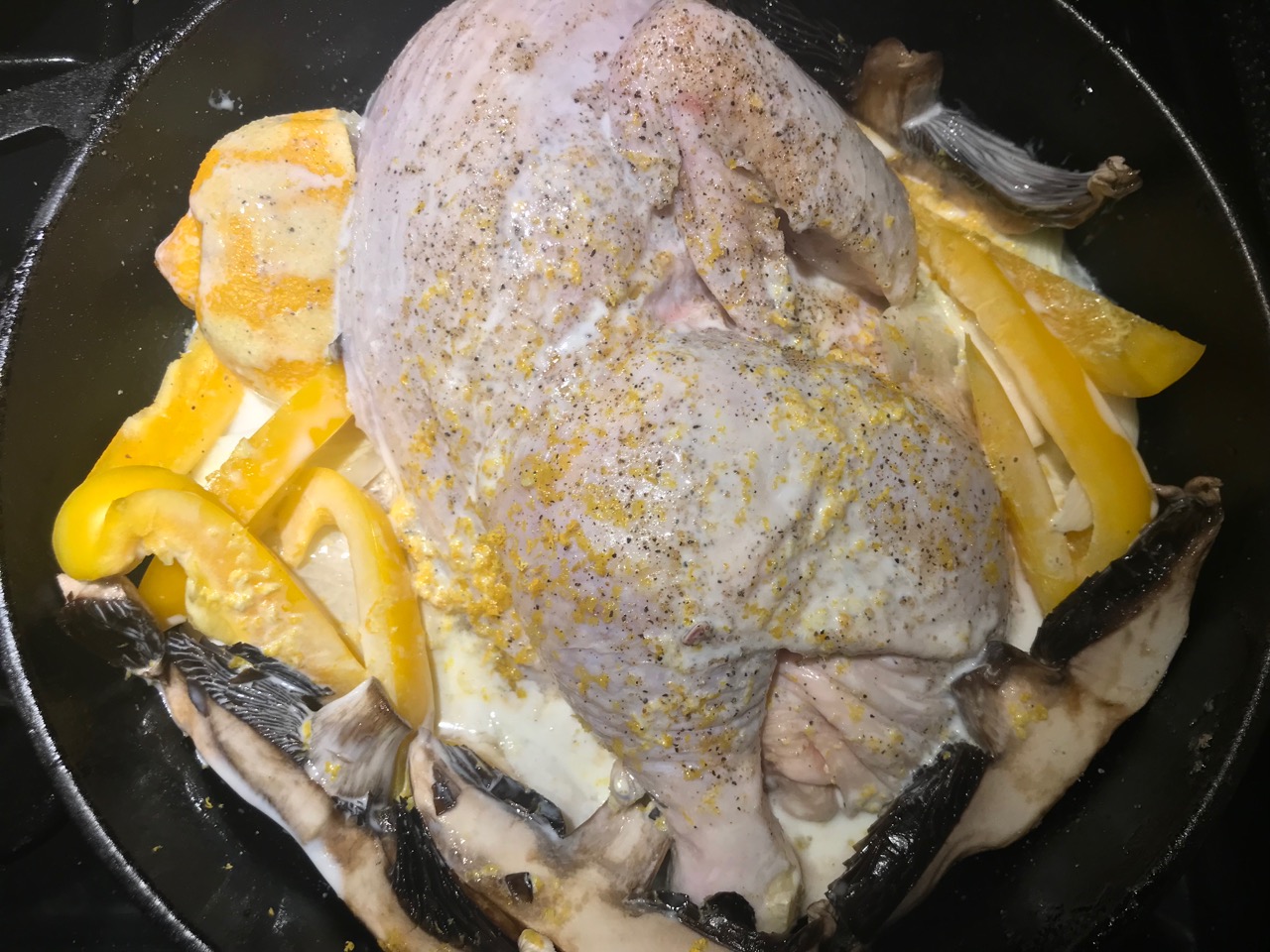 Preheat the oven to 450. Rub the half chicken with oil and sprinkle with lemon pepper and season with salt. Place in a big dish, like a cast iron pan. Spread the sliced veggies around the chicken.

Now, the cream-lemon-chicken sauce is going to look strange and the cream may separate, but you can cook it down a little til it gets a little thicker, and then spoon it on the chicken.

It will look weird, but it will taste goood.. 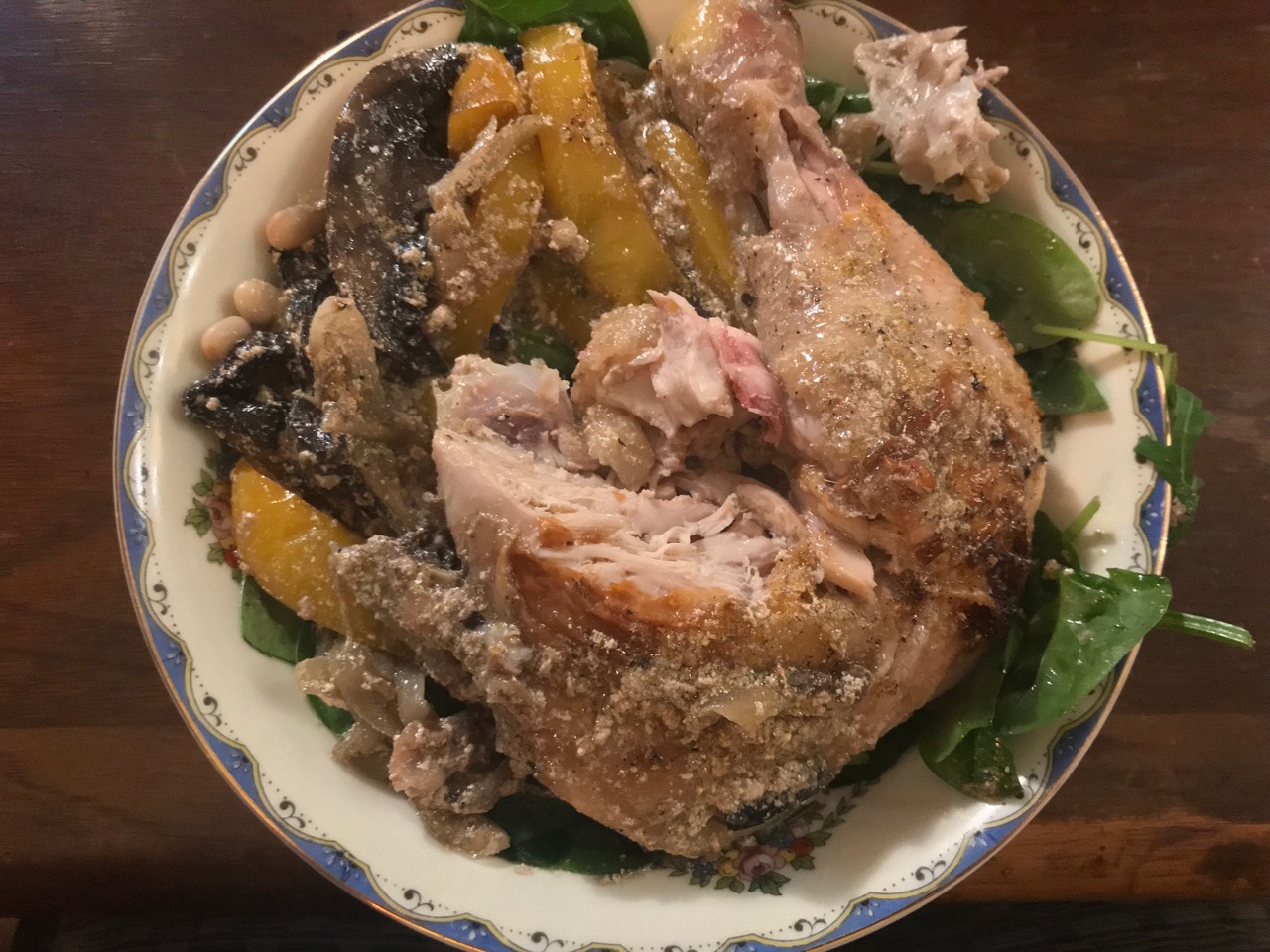