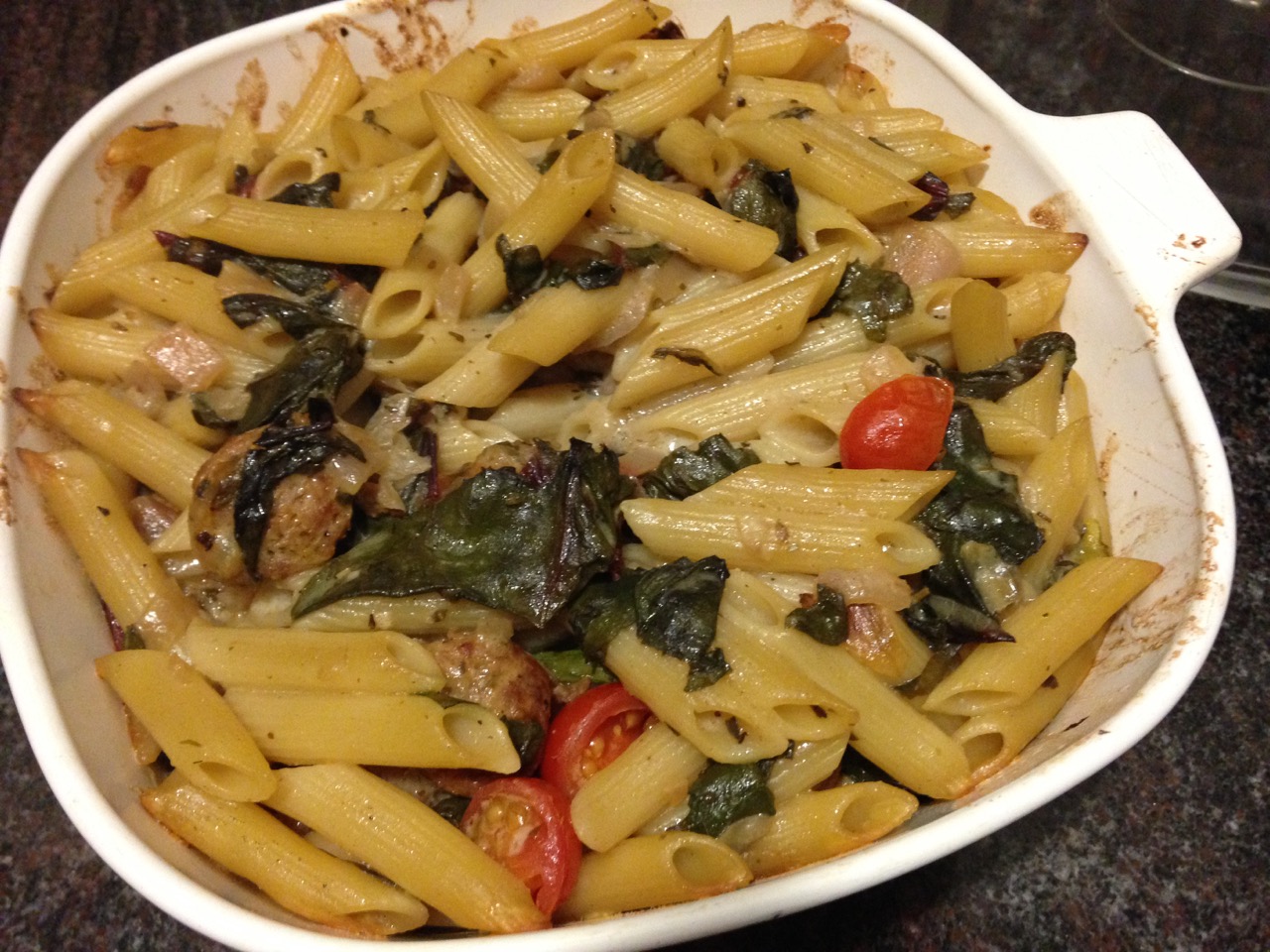 David made this one, so I am just going to give you an idea of what happened…

I kept pulling leftovers out of the fridge from our previous dinner party. One at a time.

And he just kept adding them to this delicious cheesy pasta bake.

He asked for a carb load before heading out on his biking life, from city to city.

Cook the pasta, super al dente, like 3 minutes less than the package says.

In a hot pan, sweat the shallot in the oil, add the beet greens, cover and cook on low for a bit, stirring it occasionally. Season and splash with vinegar.

In a pot, brown the pork sausages, adding the bacon grease or oil if you need it. Redundant but awesome. You need grease to start the gravy. Add the flour and whisk in, making a roux. Add the milk, cream, stock, and seasonings. Cook down slowly, stirring until it thickens up, 10 minutes or so, making sure it does not scorch.  When it is done, ie gravy, season to taste with salt and pepper. Combine with the pasta, beet greens, leftover tomato salad. Everything in one pot.

Into the oven at 375 degrees for 30 minutes or more. Sprinkle the top with Parmesan if you have it, and make sure to give it a good salt shake before eating.