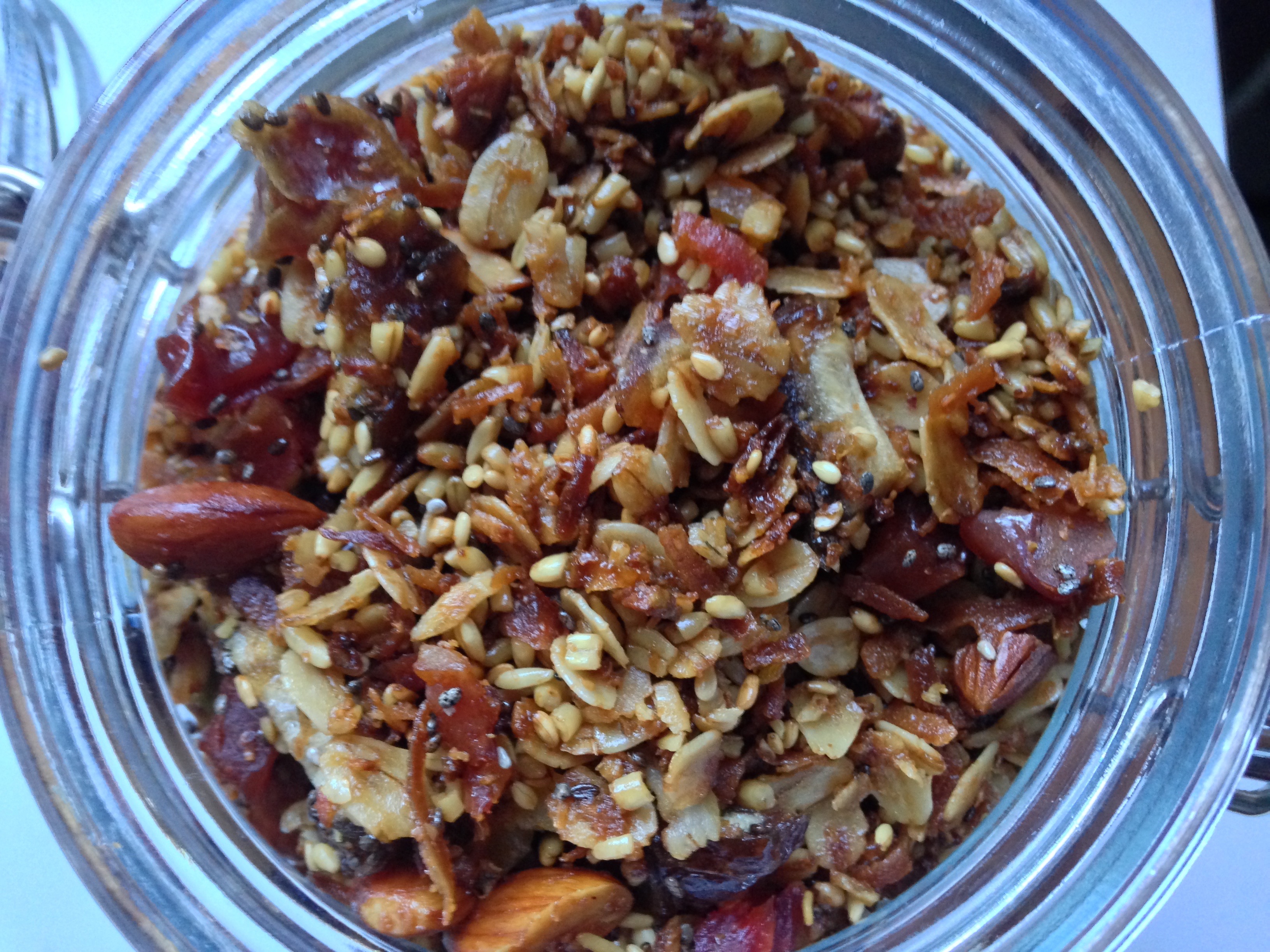 I did this small, frantic stint as an accidental caterer’s assistant last weekend..

And for some reason, I got paid in leftovers. Mostly dried fruit.. 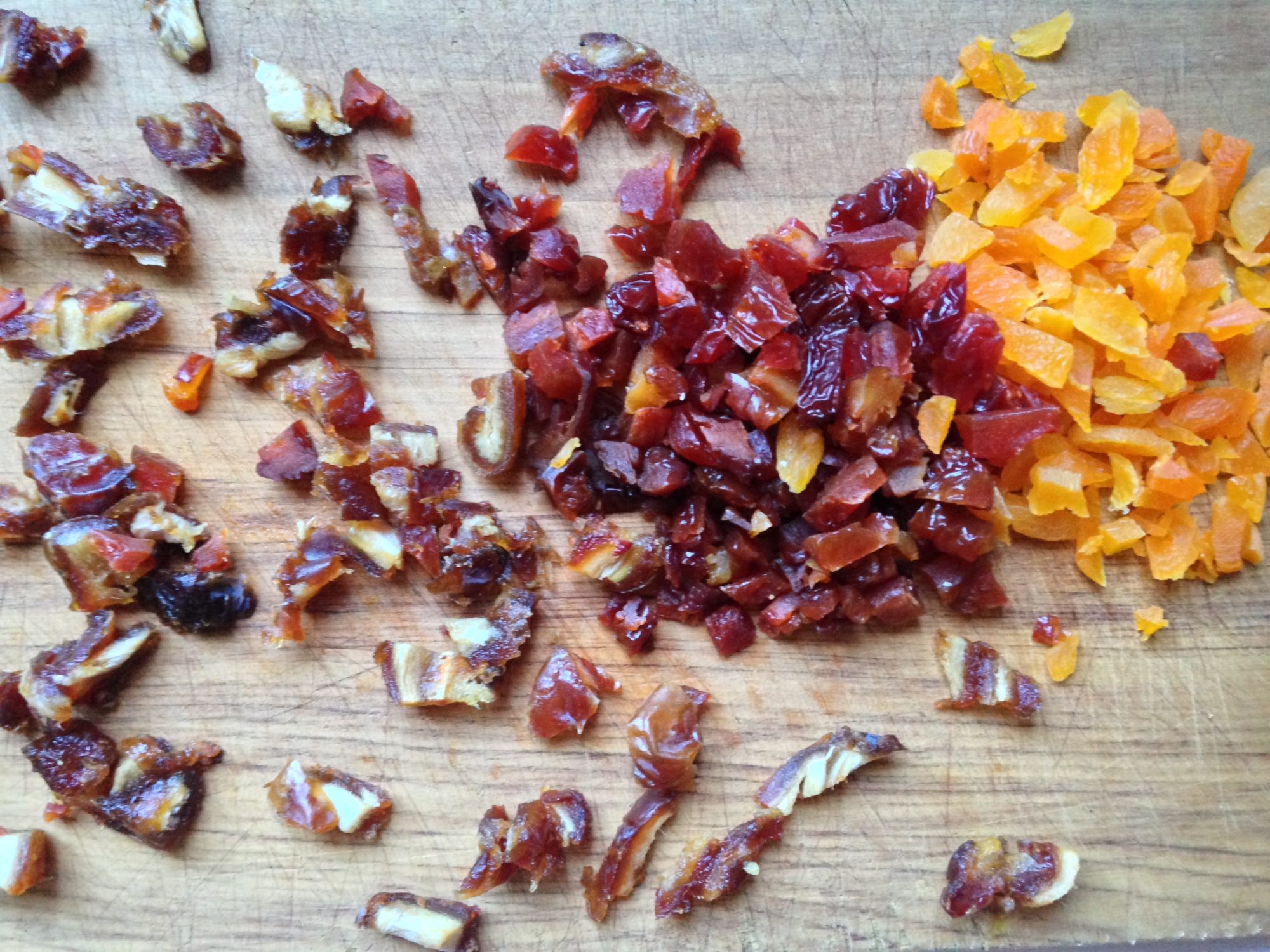 Mix the oats, seeds, coconut, almond, flax seeds in a big bowl. Then mix the oil, agave, and vanilla until combined and poor it in the dry ingredients. Salt it. Spread out onto a baking sheet and bake at 300 degrees for 30 minutes or until it browns up, stirring a few times..

Once it cools, stir in the fruit.

Then you can store it in a cool clear jar and sprinkle it over your yogurt in the morning..

If you still have dried fruit left, try the chia seed pudding.. 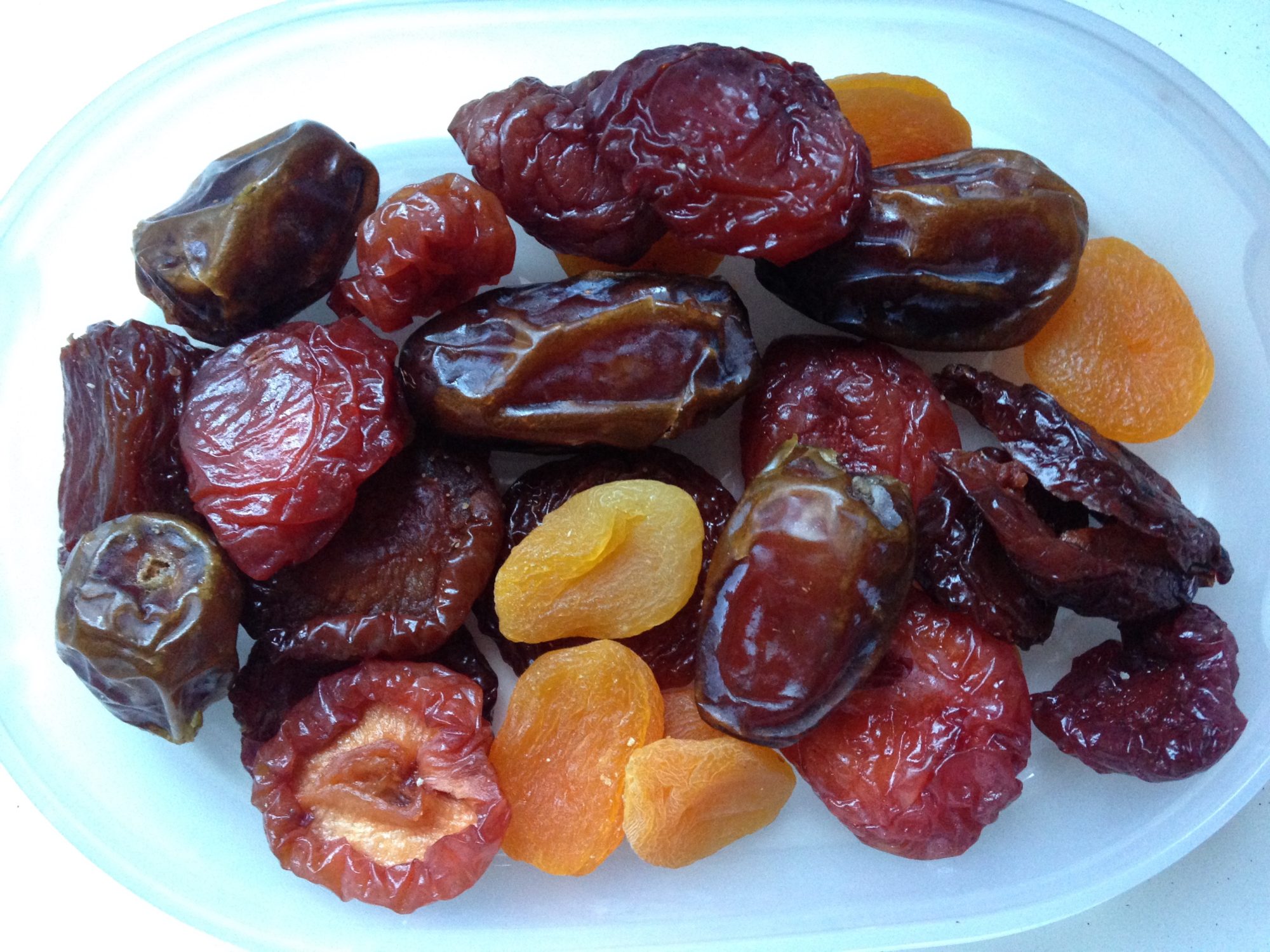 One Response to Dried Fruit Granola